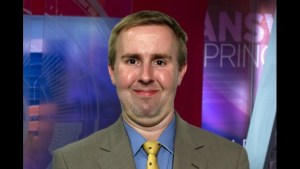 Mike Pickett joined the Eyewitness News team in December, 2012 and is the Western Kentucky Bureau Chief.

Before coming to the Tri-State, Mike spent nearly seven years at an ABC affiliate based out of Beckley, West Virginia. In that time, he covered several major stories, including the Upper Big Branch mine disaster, the passing of Robert C. Byrd, one of the country’s longest serving U.S. Senators, and The Greenbrier Classic, a PGA Tour event held in southern West Virginia since 2010.

Originally from St. Louis, Mike graduated from the University of Missouri with a degree in Communications and got his Master’s degree from Syracuse University.

In his spare time, Mike considers himself an avid traveller, whether it be hitting the trails, or hitting the road both in and outside of the Tri-State.

ISP: State Trooper accused of arson at his own residence