Chevy in an Instagram post on Tuesday confirmed the debut of the electrified ‘Vette for Jan. 17 and posted a video showing off some of the car, which will be called the Corvette E-Ray. 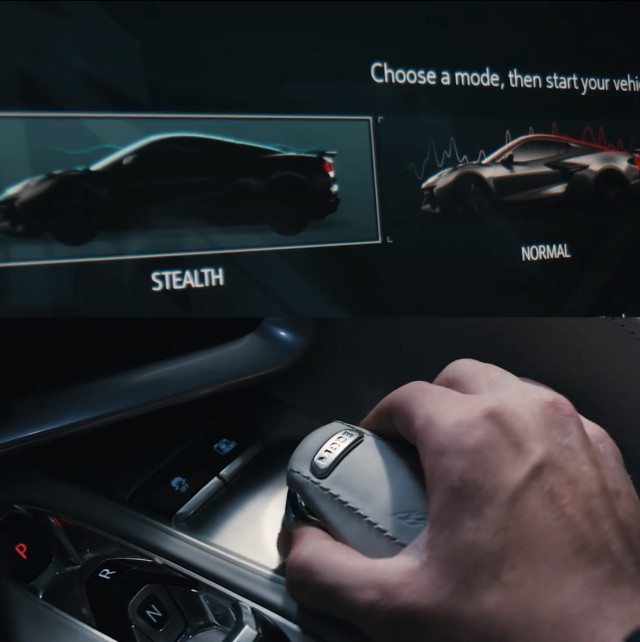 The video shows the car will have a Stealth mode that will enable it to run on electric power alone. However, there are no details on what range or top speed will be possible in this mode.

Unmasked prototypes are currently testing in the wild, and photos of the car briefly showed up on Chevy’s website last month. They confirm the Corvette E-Ray will feature the same wide-body design as the Corvette Z06 that arrived for 2023, though the Z06 features black accents for its aero parts whereas the E-Ray sticks with body color.

The E-Ray is expected to feature one or possibly two electric motors powering the front axle and the regular Corvette Stingray’s 6.2-liter V-8 powering the rear axle. An electric motor integrated with the C8 Corvette’s 8-speed dual-clutch automatic transmission, and capable of driving the rear wheels, is also a possibility, judging by a recent patent.

Peak output is expected to fall anywhere from 600-650 hp. A more powerful hybrid configuration is expected during the C8 Corvette’s product cycle, and rumors say it will be a range-topping variant called the Zora.

Sales of the Corvette E-Ray are due start in the summer.

Chevy eventually plans to introduce a fully electric Corvette, though most likely not until the arrival of a redesigned C9 Corvette. General Motors has said it aims to have all of its light vehicles powered by electricity by 2035. What might surprise some is that the electric Corvette lineup may eventually be expanded with additional body styles, such as an SUV. However, nothing on that front has been confirmed yet.

Five key lines from Biden’s State of the Union speech

Bill to protect firefighters in Indiana heads to …

Boys’ Basketball 2A Sectional to move to Washington, …

Hoosier Lottery Walk on the Wild Side 2023

Best Pizza in the Tri-State